This is such a cool idea!  Women can do amazing things when using their skill sets and creativity. 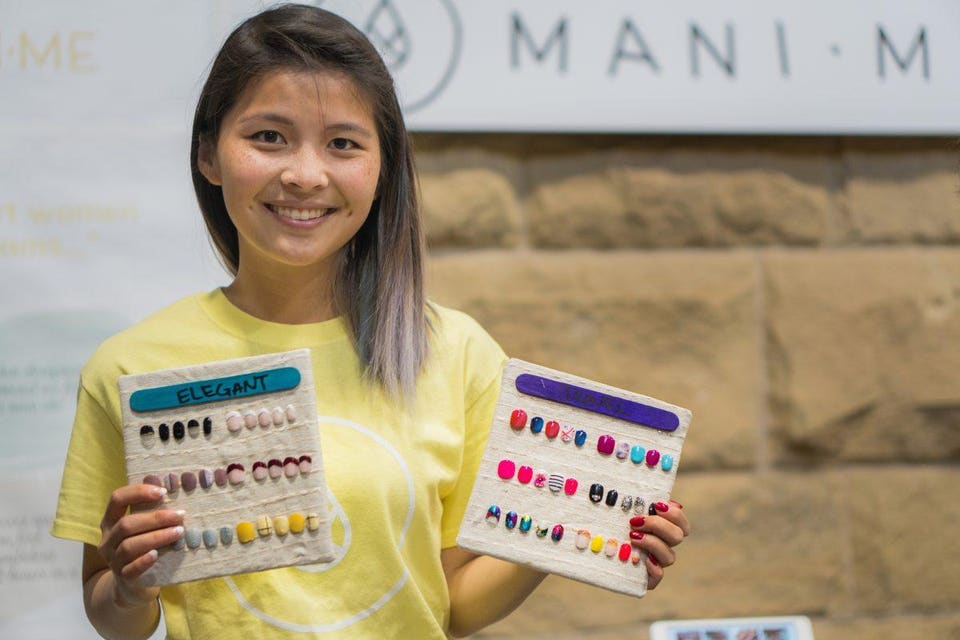 Grace Chiang, 25, cofounded Mani.me with while getting an MBA at Stanford. She’s still working toward her degree.

Grace Chiang, 25, had long been obsessed with manicures. But during a stint at McKinsey, she never had time to get her nails done the way she wanted. So while working towards her MBA at Stanford, she launched a company, Mani.me, with two friends from school, Jooyeon Song and David Miro Llopis, to sell women 3-D printed manicures by subscription. It’s an out-of-the-box idea for 3-D printing, but technologically there’s not a lot of difference between 3-D printing a keychain and doing the same for a set of highly designed nails.

The company launched in April, and has minimal sales to date, but was recently accepted into the new Stanley+Techstars accelerator for additive manufacturing, the lone consumer company in the current class of 10. In a conversation that has been edited and condensed, Chiang spoke about why the time has come for 3-D printed manicures: 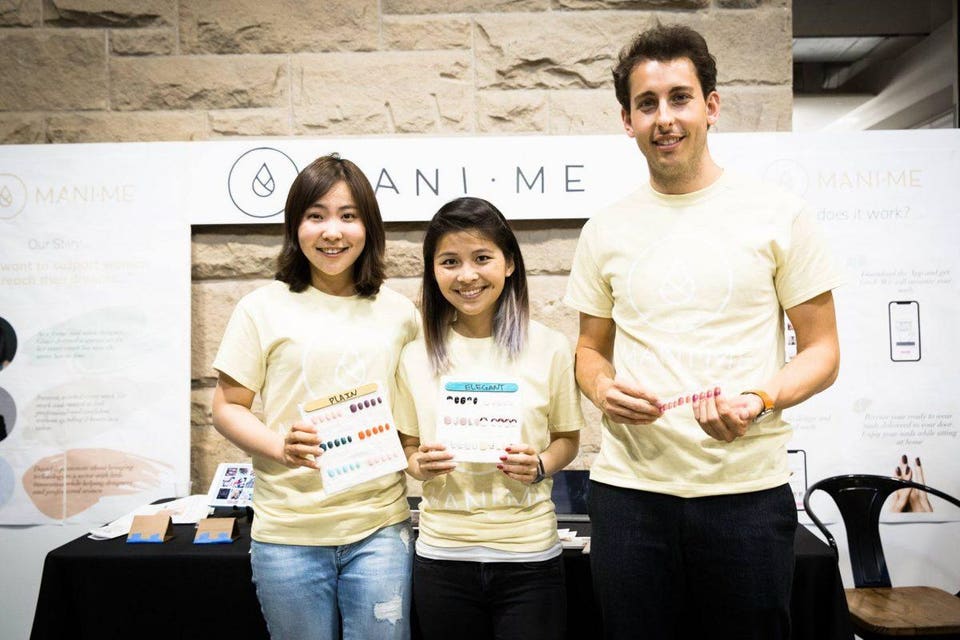 It’s a female industry that’s been around for literally thousands of years. It’s super-painful, it takes a ton of time and it’s not very healthy for your nails. We thought, why not marry that with something quite male-oriented, which is 3-D printing and manufacturing. What we offer are custom-fit, ready-to-wear nails. You go to the website for an app. We measure your hand with photos, and we translate that into a 3-D printing model. Then we print the base, put the design on top of it and mail it to you. It’s like a sticker. The design is whatever you saw on the app. It’s like watching an Instagram come to life.

We’re on a subscription basis, $50 a month for two sets a month. We have a premium tier, which is $70 a month for three sets, so you can have a fun set for the weekend.

I worked in a nail salon when I was younger. It was that really long summer between high school and college. I was a financial aid student in college. I lived in Taiwan and went looking for jobs, and nobody was hiring for high schoolers. It’s not part of the culture there. My grandmother had always loved having me paint her nails. She passed away, and I decided this is something I just have to do. I found a nail salon in town. They agreed to train me if I gave them manual labor, sweeping and cleaning. I did that for five months. I got trained in acrylics and gels. I went off to college and would do monthly seasonal sets for my friends at school. Now I am at Stanford, and I hold women’s lunches for women to meet and talk and also to get manicures.